How and why I got rid of my hidden clutter

I recently wrote about the importance of being tidy – even if you have some disorganization in your home.  As I wrote it, I was reminded of the areas where I have pockets of disorder in my house – where hidden clutter lives.  They are easy for me to forget about because the house tends to be so tidy. I don’t feel weighed down daily by the accumulation of this hidden clutter. It isn’t a visual eye sore and it doesn’t stop me from moving around my space or functioning efficiently, which is key.

Unlike disorganization and clutter that spills into your living and working spaces, this hidden clutter feels invisible. And that can actually be the most dangerous kind of clutter. The more we allow the hidden and the seemingly invisible clutter to accumulate, the more weighed down we feel – even if we don’t see it in our day-t0-day.  When your psyche is weighed down, a different kind of overwhelm ensues.

And it isn’t pretty.  Or necessary.

For me, those pockets of disorder are in the form of media — magazines, books, and even DVDs.  All of these items have a “home”, like on a shelf or in a media cabinet.  But for me the angst comes from knowing that much of this media belongs in the recycle bin, a school or church, donation center — or in some cases, the trash.  Bottom line, too many of these items don’t pass my 3-question test:

But they’ve been allowed to hang around because they aren’t in my physical way.  Except now they are on my mind so I have to take care of them.  Of course, like many of my clients, the task of purging them and the thought of sorting through them is overwhelming.

And that dis-ease leads to inaction.

So I decided to take my own advice and eat the elephant one bite at a time by tackling only one part of the media clutter:  the magazines.  Truth be told, they are easier to deal with and I wanted instant gratification so I decided to deal with those first.

When I thought of the whole category of magazines I realized that I wasn’t just talking about the really hidden ones I deemed important enough to save – in the basement no less – in case we needed to refer to them again (As if!).  I had to address the ones in the family room, and the ones in my office as well.

Here is what I ended up recycling from the family room coffee table: The pile on the right was what I recycled!  And I kept the left and center piles along with a few Highlights Magazines (not pictured) because they get read over and over, all the time, by my daughter.

The goal moving forward is to actually read the magazines we have, recycle when done, and look forward to the next editions and all the wonderful, new and timely information they will provide.

Here is the pile of magazines that got from the basement: Easiest purge ever since almost all of them were more than 4 years old.  {What was I thinking?} There weren’t so many of them but they were hidden and stored, unnecessarily, and they weighed on me so…they had to go.

My office purge was another story.

I had to think more about what I was saving, and why, and where everything really should be housed. The reality with magazines is that they are filled with fleeting information.  They aren’t necessarily timeless entities, meaning we don’t tend to read them over and over, and because information changes so often, we only need to wait for the next issue of People to understand more about why Jennifer Garner kicked Ben out.

In my case, some of the magazines I had stored on my bookshelf in the office I intended to refer to for work.  I started collecting specific magazines that related to food, health, and well-being and stored them in my arms reach, with all of the other dietary research I had from school at The Institute for Integrative Nutrition. The problem was that with the internet and information changing so much I wasn’t referring to them.

I almost forgot they were there. They were organized all snug, like a bug in a rug on my shelf, not jumping out at me in any way.  They were hidden clutter.

When I started subscribing to the awesome (really…awesome) Paleo Magazine which comes out quarterly, I not only wanted to keep many editions because of the fabulous recipes in them, but many of the articles in these magazines I deemed as timeless because they had specific teachings about what Paleo is that I figured would help me with clients who wanted to lean (or go full throttle) the Paleo way. And I thought I was being really clever by putting them in a basket next to one of my reading chairs in my office.  Easy access would have to mean I would read them as they came in, right?  Not so much… I broke all my own organizing rules with this one!

Baskets can serve a nice, decorative purpose but they also can be a detriment.  In this case the basket just made it much easier to keep more without regard to why I was keeping them. The bigger the pile, the less I grabbed to read.  When I looked through them I found that many of them did not have timeless information. And a small handful more I never even read.

I recycled more than half of what was in that basket and on my shelf. Any recipes I liked got torn out and stored in a large gallon-size plastic bag and put with my 2Paleo cookbooks above my stove.  Truth be told, most of my recipes come from my Pinterest page but I refer often to these 2 Paleo resource books when I want to change things up.  Omg, doesn’t this recipe look mouth-watering? Here is the pile of hidden clutter in my office: And here is what my shelf looks like now: I gained more shelf space!  Ya-hoo!  And as for the magazines, I kept what I reasonably feel I can and will read over the coming months. And I decided to do away with the basket.  Keeping the magazines out on my small coffee table with the latest books I am delving into makes more sense. Might as well take my own advice and keep the like items together! {Incidentally, the new book by Robb Wolf, Wired to Eat pictured here is ah-mazing. I’ll write a review about it soon!}

Boy do I feel …good!  Lighter, and more organized.

I gained space. And importantly I cleared the almost unconscious burden from my brain: the hidden clutter that was lurking in my home.  I’ll tackle the books and DVDs next and be sure to post about them.

This part of the Media-Clearing task took me in total about 40 minutes to do.  Sometimes, we over estimate how long something will take and it deters us from starting.  The goal is to just start.

Are up for the challenge to do the same with your media? Start with whatever area feels right for you. Let me know how you do!  Comment below or feel free to post your own before and after pictures and any questions you have on my Facebook page!

#wiredtoeat clutter declutter healthy living Highlights Magazine IIN live verri well Organization purge Robb Wolf time verri organized
How and why I got rid of my hidden clutter2017-03-292018-09-04https://francescaverri.com/wp-content/uploads/2018/04/francesca-verri-logo-notag-250-1.pngFrancesca Verrihttps://francescaverri.com/wp-content/uploads/2017/03/clutter.jpg200px200px
About
Francesca
Francesca Verri is a Life Architect who uses her certification in holistic health coaching and more than 17 years as a professional organizer to help people juggling family, work, and life see what is cluttered, unbalanced and unwell. Her hands-on and virtual organizing, and holistic health coaching helps clients bring forth an awakened sense of physical, mental, and spiritual well-being in their self and space, and with their time and mind, allowing them to make the best lifestyle choices so they can actively create a life they love.
Showing 2 comments 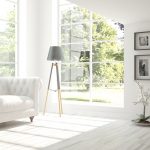