How my infertility journey made me a minimalist

I was 38 years old when I married Bob – the love of my life.  And I was 40 when I was told by a medical doctor that having a biological baby was not likely going to happen for us.

While I knew that age could be a roadblock in my quest to have a family I never really believed I would have a difficult time getting pregnant – regardless of my age.

I, like so many other people, just felt that my life would go in the order everyone else’s did.  You find the love of your life, you get married, you have a family and live happily ever after. It worked for so many around me and was the example I saw in my family all through my life to that point.

But that isn’t how the story went for me.

Instead, the story went something like this: You spend your 30’s in and out of a few relationships, you learn a ton about yourself, and meet, later in life, the person who is your perfect match. You decide you want a family and go through a year of painful fertility treatments because doctors tell you given your advanced age you have very little chance of doing it on your own.

Six rounds of different fertility treatments later you are tired, emotionally drained and a hormonal mess given the sheer amount of drugs that have been pumped into your body. You are left with no baby, and little hope of ever becoming a mother.

It doesn’t sound like such a great story, but there is always a silver lining when things don’t go as planned.

At least that is what all those books I was reading were telling me. And while it took me some time to move beyond all the pain, I did eventually start to realize that like everything in life, the struggle with infertility all happened for a reason.

Looking back on my experience with it I can now see the silver lining not only in how things turned out for me and Bob in our quest to become parents, but for the lessons I learned about how to deal with difficulties and move forward.

My struggle taught me more about minimalism and letting go than I realized at the time.

My life to that point was often filled with worry and angst and even fear. And when Bob and I talked about starting a family those feelings seemed to get more pronounced. In fact, I found it easier to carry them with me. They felt almost necessary. They were heavy additions to my life, but they fit nicely with the unknown of what it would be like to be pregnant. What it would be like to actually have a baby.

And those feelings supported the negative outside messages to which I let in and give credence.

Those messages, from well-meaning people, television ads, and conventional doctors about how difficult it would be to get pregnant given my age, played a significant role in how I approached my infertility, and what I let into my life.  And the clutter they caused in my head made it hard for me to focus, and stay clear, and unafraid. That “clutter” made it very difficult to believe anything good would come my way.

But when I turned 40 and the fertility clinic wouldn’t do yet another round of IVF with us because of my age, something shifted. It was a good shift and just the breather both Bob and I needed.

We needed to organize our thoughts and get clear on what it was we really wanted.

And we did. We decided to say no to a second opinion on future fertility treatments. We decided to take a simpler route of just trying on our own, which felt like a deep breath of fresh air. And a new start.  We also decided to put in an application to adopt a child within our state adoption agency.

I decided to personally declutter quite a bit as well.  It was time to minimize in all areas of my life, and take a look at where my head and body were with all of this. I purged negative thoughts and adopted a meditation routine, and a yoga practice. I saw a functional medicine doctor whose tests revealed I had autoimmunity to gluten, and issues with dairy, grains and sugar.  And I completely changed my diet.

I put a ton of energy into paying attention to how I felt, whether it was from something I ate, or a conversation I had, or a commercial I saw.

Paying attention made a huge difference, and so did letting go of the unnecessary.

There were still messages coming at me from people, and social outlets all reminding me of my age. They made me feel as though pregnancy was not possible, and that I was not worthy.  Plenty of people looked at me crossed-eyed for giving up gluten. And many thought I had gone a little off the deep end.

I worked hard to not internalize the judgment, and instead I read a lot about holistic living. I listened to my gut. And I found better ways to deal with uncomfortable situations and people who challenged the vision I had for my life.

I consciously made decisions on the thoughts, things and people in my life that served no purpose. And I decided to keep only what did serve a purpose.

All of the negative messages, the unhealthy food, the neigh saying folks did not add any meaning to my life. They were clutter that created chaos. And they were excess in my life that created overwhelm.

I learned so much about lightening my load and living minimally – with my thoughts and things – that it has allowed me to live, now, in a greater way.

What matters most to me now is freedom – to choose, and think, and do whatever it is that makes me my best self.

I learned that I can discard what holds me back. And I can let go of what doesn’t serve a purpose for my life purpose.

By trusting my instincts and being clear on what made me happy, I ended up feeling clearer and determined, and fulfilled.

And even though it took time, I learned that time was my ally. Letting go of the heaviness gave me the perception of having more time. It gave me the space to embrace what I was supposed to do, and who I was supposed to be. And it allowed me the freedom to decide what in my life served a purpose. And gave me the strength to move on from what didn’t.

Adopting a minimalist mentality – to have in abundance that which makes me happy and healthy, and none of what doesn’t – made a significant difference.

At the age of 43, I did get pregnant, on my own. While it ended in miscarriage it felt like a blessing. And the clear message it sent to my body that I could do it was a silver lining. There was a reason it was able to do it, albeit for a short time. I let go of all the muck, the opinions, the bad food and equally bad thoughts.

I carried nothing with me that didn’t add meaning to my life. And it opened me up to receive more beauty.

Life has a way of giving you exactly what you need if you give it space to do so. Sort through the clutter and the unnecessary. Look through the messages, the lies, the “stuff” and find your self. Trust in what you find.

Be willing and brave to keep only the things that serve you. When you do, you breathe more life into your life.

My life is full, and still unfolding. I take with me along the path the lessons I have learned. Among the most important are the lessons that remind me to carry in my heart, head and home, that which makes me feel whole.

It turns out that living happily ever after is my story after all.

create a life you love fertility minimalism
How my infertility journey made me a minimalist2019-06-182019-06-04https://francescaverri.com/wp-content/uploads/2018/04/francesca-verri-logo-notag-250-1.pngFrancesca Verrihttps://francescaverri.com/wp-content/uploads/2019/05/road-by-sea.png200px200px
About
Francesca
Francesca Verri is a Life Architect who uses her certification in holistic health coaching and more than 17 years as a professional organizer to help people juggling family, work, and life see what is cluttered, unbalanced and unwell. Her hands-on and virtual organizing, and holistic health coaching helps clients bring forth an awakened sense of physical, mental, and spiritual well-being in their self and space, and with their time and mind, allowing them to make the best lifestyle choices so they can actively create a life they love.
Showing 4 comments 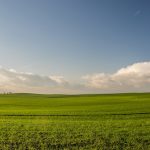 Stop filling the spaces: do this to make room for livingGet Organized, Inspiration 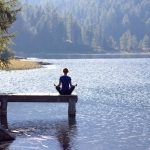 7 things you should do in July to help grab the momentHolistic Health, Simple Living